Yes, sometimes history does repeat itself. Once again, an Apple employee is rumored to have left an unreleased iPhone prototype at a bar, according to a CNET report.

The phone supposedly went missing at the tequila lounge Cava 22 in San Francisco’s Mission District in late July, and it was eventually sold on Craigslist for $200, unidentified sources familiar with the investigation told CNET’s Greg Sandovla and Declan McCullagh.

The news sounds eerily similar to last year’s lost iPhone 4 fiasco, but for some reason the story didn’t find its way to the gadget blogosphere until now. Last year’s prototype iPhone 4 was eventually sold to the gadget blog Gizmodo for $5,000, where it went on to spawn an infamous series of blog posts leaking just about every detail of the device.

That this recent find hasn’t made the same waves may be a sign that it’s not an iPhone 5 prototype. I have a hard time imagining that Apple could let a true iPhone 5 prototype out of its grasp after last year’s fiasco. The company has reportedly taken extreme measures with its next-generation iPhone prototypes, like sending them out to carriers inside of locked and sealed boxes.

Once Apple realized the phone was missing, it enlisted the help of the San Francisco police department. CNET writes:

Apple electronically traced the phone to a two-floor, single-family home in San Francisco’s Bernal Heights neighborhood, according to the source.

When San Francisco police and Apple’s investigators visited the house, they spoke with a man in his twenties who acknowledged being at Cava 22 on the night the device went missing. But he denied knowing anything about the phone. The man gave police permission to search the house, and they found nothing, the source said. Before leaving the house, the Apple employees offered the man money for the phone no questions asked, the source said, adding that the man continued to deny he had knowledge of the phone.

The iPhone 5 is expected to feature a thinner design, bigger screen and other cosmetic changes from the iPhone 4. A true iPhone 5 prototype would likely sport some of those changes, and if the Craigslist seller was familiar with Apple’s smartphone line, he or she would have probably asked for far more than $200 on Craigslist. Most likely, the prototype in question looks like an iPhone 4 (although it may be one of those developer-only iPhone 4s with a dual-core A5 chip).

The first thing I noticed right after installing it on my computer is that they inverted the scrolling direction with Mac OS X Lion. So, when you scroll up using your touchpad or the scroll wheel on your mouse, you navigate down on a page and vice versa. They imitated the touch-operated interface of iPhone. In my humble opinion, this is a very bad design choice. You might find it very frustrating and difficult to get used to. However, you don’t have to get used to it, as you can switch back to the original settings easily.

Lion recognized the NTFS partition on my hard disk and my NTFS-formatted external hard drive, but, unfortunately, there is no write support. I really hope they will fix this issue with an update, because it is kind of annoying to have to use 3rd-party applications to do such an elementary task.

They’ve shrunk the three little buttons at the top-left corners of windows. I don’t know why they did this or if there is a way to switch back to the old buttons. They look kind of weird.

I really liked the Launchpad. It makes it very easy to find and run an application quickly. They introduced a touchpad gesture for it, too, but you need 4 fingers -that’s right, four- to perform it. This makes it a little hard, but I like it anyway.

Mac OS X Lion has now been released via the App Store. Yours truly is currently downloading it. I am going to use it and post some reviews about it. So, stay tuned =)

You may or may not have noticed (probably you haven’t) that there is a tiny smiley at the end of each page on my blog. I was curious when I first noticed it, because I certainly haven’t put it there. After a little digging, I found this info on WordPress support pages. Here’s what it reads:

In order to tell you all the cool stats about how many visitors you’ve had, which of your posts are most popular, and how people get to your site, we need a way to track things.

We’re able to collect this information by loading a small image to your page when someone looks at it.

And we chose a small smiley 🙂

That’s it. Mystery solved. I wonder who decided to choose a smiley as an image. For example, they could have chosen a 1×1-pixel image which could have been virtually impossible to see. It is cute, after all.

We first covered breaking the commodity 27MHz radios used in wireless keyboards, mice, and presenters when [Luis Miras] gave a talk at Black Hat. Since then, the people at Dreamlab have managed to crack the encryption on Microsoft’s Wireless Optical Desktop 1000 and 2000 products (and possibly more)…

Here’s to the crazy ones. The misfits. The rebels. The troublemakers. The round pegs in the square holes.

The ones who see things differently. They’re not fond of rules. And they have no respect for the status quo. You can quote them, disagree with them, glorify or vilify them.

About the only thing you can’t do is ignore them. Because they change things. They invent. They imagine. They heal. They explore. They create. They inspire. They push the human race forward.

Maybe they have to be crazy.

How else can you stare at an empty canvas and see a work of art? Or sit in silence and hear a song that’s never been written? Or gaze at a red planet and see a laboratory on wheels?

We make tools for these kinds of people.

While some see them as the crazy ones, we see genius. Because the people who are crazy enough to think they can change the world, are the ones who do.

Turns out, the TextEdit application in Mac OS X uses a portion of this text as part of its icon.

Man, I’ve always dreamed of doing this. Designing and building a computer (hardware, OS, software, everything) from scratch. This high school grad actually did this! According to this article on Yahoo, a programmer named Jack Eisenmann who just graduated from high school has built an 8-bit computer using an old keyboard, a TV and tons of boards, chips and wires. When I was struggling with wires, chips and boards, trying to build a simple digital timer; this guy was busy building a programmable computer. And when I was trying to see a ‘Hello World’ on my computer screen, he was busy designing an operating system and programming his homemade computer. Simply amazing! 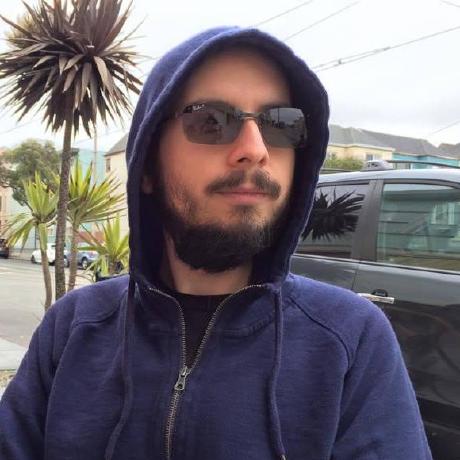 Current Phase of the Moon